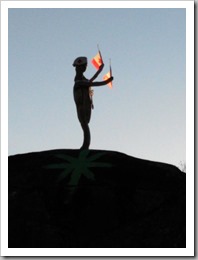 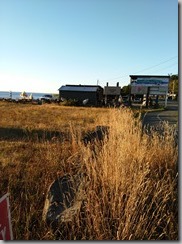 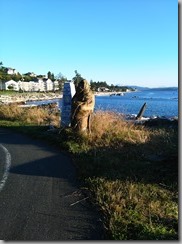 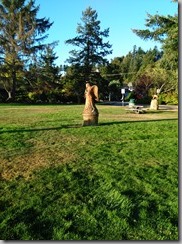 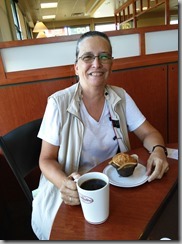 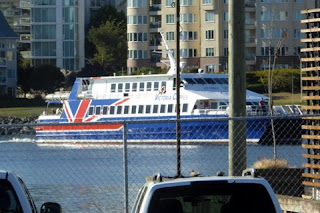 Picture taken by Croft as the ferry docked.

Sent from Huawei Mobile
Posted by Shadowmoss at 4:30 PM 6 comments:

To the ferry at last 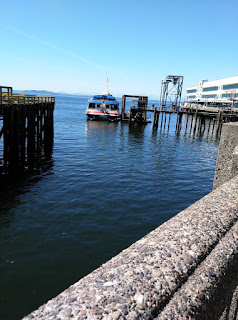 I need a luggage cart to carry the carry on pack. My shoulders and back are toast. It really was a mile so not too bad. I want to stop and look around more on the way back, though, so I need some way to move that doesn't involve me whimpering with each step.

Sent from Huawei Mobile
Posted by Shadowmoss at 1:28 PM 4 comments: 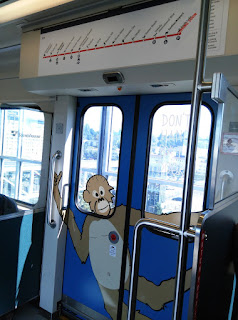 Continuing on my way. Hope I can carry my stuff to the dock. It is about a mile from the light rail station. I'm traveling carry on only and using a backpack style bag, as well as a backpack. Since i only have one back it is presenting a challenge...

Sent from Huawei Mobile
Posted by Shadowmoss at 11:55 AM 1 comment:

On the road again - destination Canada

Once it occurred to me I suddenly had a window of opportunity to travel this summer while I'm parked near enough to Mom that I can leave the cats in her care, I started making plans. I've never been to Canada. I k ow Canadians as snowbirds who arrive in AZ as the weather starts cooling down to bearable. I floated the idea to Croft and Norma that perhaps I could come up and visit them for a week, and got a friendly 'come on up' response.

This morning, after some issues from yesterday I'll talk about when I return to AZ that will require putting the car in the body shop for a bit, I woke to my 4:30 am alarm. On the road to the airport by 5am I made my flight to Seattle with no issues. I'm in the air on the way to Seattle as I type, and I'll post this once I land there. Ongoing posts as I go.

Looking forward to studying the Canadian Snowbird in its native habitat.

Sent from Huawei Mobile
Posted by Shadowmoss at 9:00 AM 1 comment: 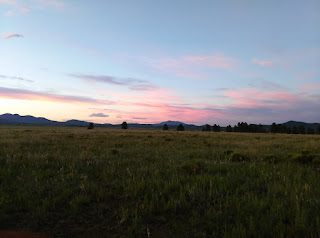 Garland Prairie is east* west of Flagstaff. It is approximately 4 miles wide by 6 or 8 miles long. Temperature around this time was mid 60's. Just some more of Northern Arizona.

We took a short hike near there. I'm trying to get into shape to get out to the neat areas that Mike knows about.

*whenever getting directions from me, always verify east/west, north/south, and left/right.  I tend to get them mixed up.  I'd blame old timers disease, but I've been this way all my life.

Left over picture from convention 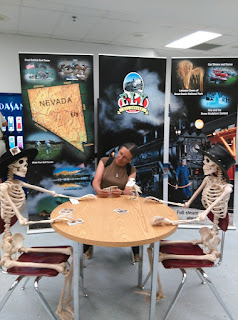 As this picture shows, old cavers don't stop going to the national convention, they just dont go to the caving talks anymore.

Sent from Huawei Mobile
Posted by Shadowmoss at 1:10 PM 5 comments: 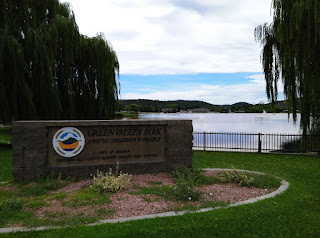 Once I get live writer down loaded to something I'll post more pictures of this park. It has three ponds, a Zane Grey cabin and other things I haven't seen yet. I walked down here, and need to walk back home, so I won't explore much today. This park is where a lot of community activities happen.

Called and made doctor's appointments at Mayo Clinic for the next couple of months. Progress.

Sent from Huawei Mobile
Posted by Shadowmoss at 2:57 PM 3 comments:

Mormon Lake on a monsoon afternoon 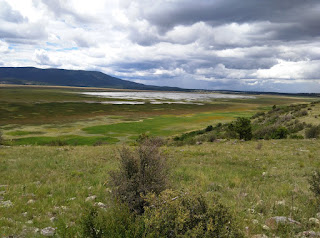 Turns out my lot flooded yesterday. I have some tubs outside on my patio that started to float away. Mom had gotten caught over here at my place when she tried to check on the cats before the storm. While it was storming she saw my tubs floating away and went out to get them. The fast water knocked her off her feet, 3 times. I told her that if the stuff had been that valuable it wouldn't be sitting outside in the first place...

I had thought that maybe I should stay here instead of going back to Mesa in September, but I think this rv needs dry, warm weather. I have water in 2 places that I can't figure out how it gets there. It is clouding up again, so I need to go stash the stuff I laid out to dry in the car.

Welcome to summer in northern Arizona.
Sent from Huawei Mobile
Posted by Shadowmoss at 3:57 PM 5 comments: 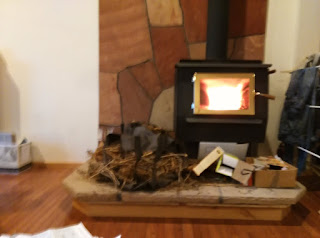 I'm up at Mike's place just south of the Grand Canyon. Early morning rains dropped the temperature to 60*, a good excuse for a morning fire. I know I lived in the Valley of Fire (Phoenix) when 60* is chilly.

Sent from Huawei Mobile
Posted by Shadowmoss at 8:24 AM 5 comments: